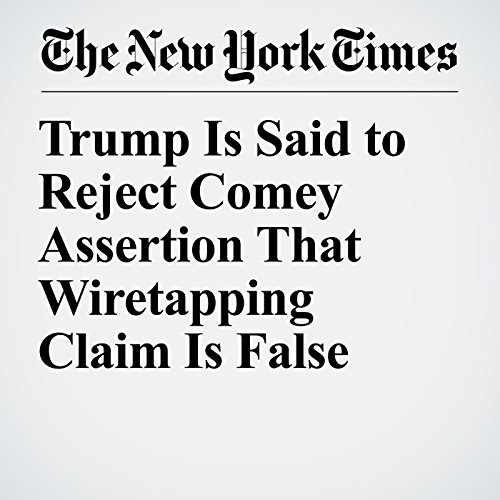 President Donald Trump does not accept the contention of the FBI director, James Comey, that Trump falsely claimed that President Barack Obama had him wiretapped, a White House spokeswoman said Monday.

"Trump Is Said to Reject Comey Assertion That Wiretapping Claim Is False" is from the March 06, 2017 U.S. section of The New York Times. It was written by Michael S. Schmidt and narrated by Keith Sellon-Wright.