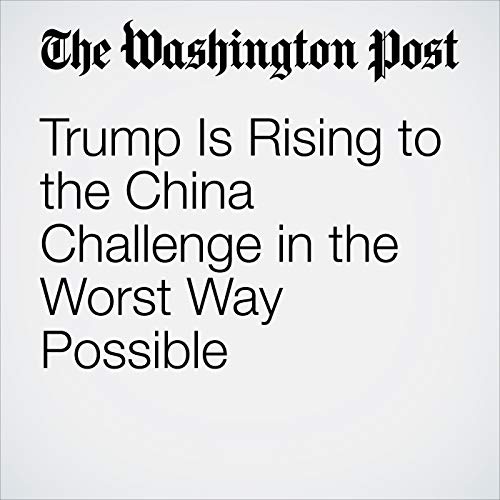 In 1998, the year Google was founded, 2 million Chinese were connected to the Internet, compared with 83 million Americans. Two decades on, China has 800 million Internet users and is overtaking the United States in areas such as drones, mobile payments, bike sharing and artificial intelligence. Given this sea change, President Trump’s paranoia about China is understandable. But Trump is responding to the China challenge in the worst way possible.

"Trump Is Rising to the China Challenge in the Worst Way Possible" is from the September 30, 2018 Opinion section of The Washington Post. It was written by Sebastian Mallaby and narrated by Sam Scholl.