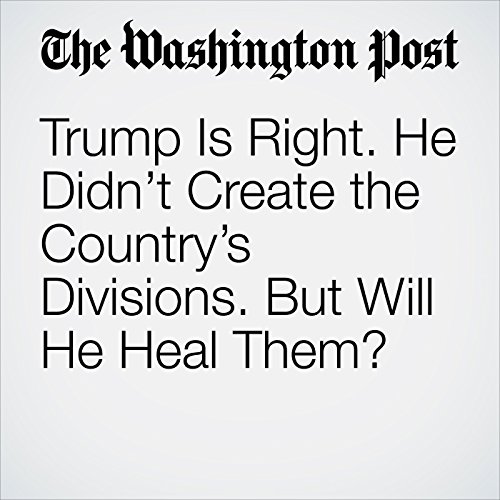 That is the imagined ideal of Inauguration Day, a time of coming together in the spirit of national unity. It is a theme that President-elect Donald Trump sounded shortly after accepting a concessionary phone call from Hillary Clinton on the night he won the presidency — “Now it is the time for America to bind the wounds of divisions,” he said. — and likely a sentiment he will express again when he takes the oath on Friday.

"Trump Is Right. He Didn’t Create the Country’s Divisions. But Will He Heal Them?" is from the January 19, 2017 Politics section of The Washington Post. It was written by Dan Balz and narrated by Sam Scholl.

Cosa pensano gli ascoltatori di Trump Is Right. He Didn’t Create the Country’s Divisions. But Will He Heal Them?