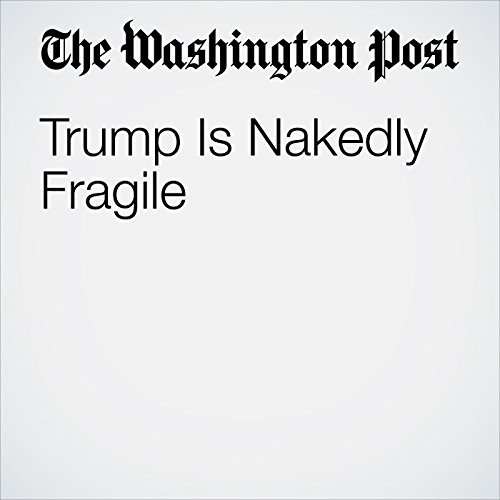 President Trump’s comparison to Caesar in a brief 2017 run of Shakespeare’s famous play may thus have been too generous — merciful, even. Whatever virtues Trump and his administration are aiming for, mercy isn’t among them. Mercy, after all, is a quality of the strong; in his repeated attacks on those with the very least, Trump is most obviously weak.

"Trump Is Nakedly Fragile" is from the January 02, 2018 Opinion section of The Washington Post. It was written by Elizabeth Bruenig and narrated by Sam Scholl.