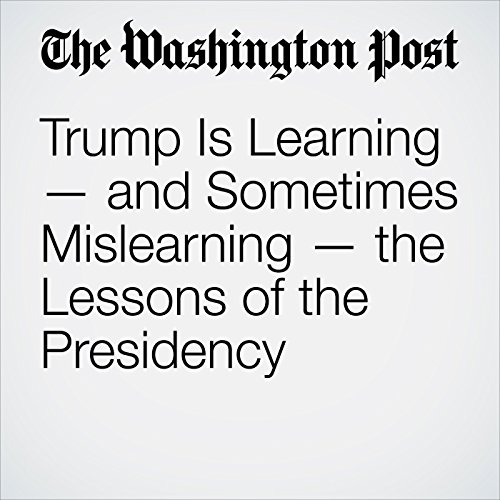 Trump, who reads sparsely, is not one of the history buff types. But now that he is living in the museum-like White House, the president is learning — and sometimes mislearning — about the men in the oil paintings that fill his new home. His comments about those who have come before seem to reveal how little history he knew before taking office, and often confound historians attempting to discern the lessons he is taking away from his predecessors’ time in office.

"Trump Is Learning — and Sometimes Mislearning — the Lessons of the Presidency" is from the May 03, 2017 Politics section of The Washington Post. It was written by Jenna Johnson and narrated by Sam Scholl.