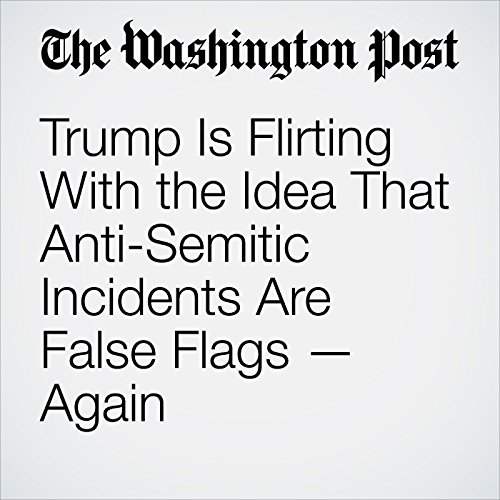 President Trump seemed to suggest Tuesday that the recent bomb threats and vandalism at Jewish community centers and cemeteries across the country might be false flags, according to a Democratic attorney general who met with him. And Trump's comments came the same day that one of his top advisers suggested the culprits could even be Democrats.

"Trump Is Flirting With the Idea That Anti-Semitic Incidents Are False Flags — Again" is from the February 28, 2017 Politics section of The Washington Post. It was written by Aaron Blake  and narrated by Sam Scholl.