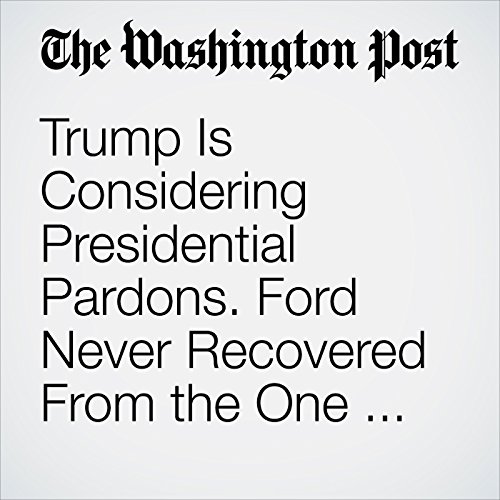 President Gerald Ford had barely been in office for a month when he made the most consequential decision of his short presidency: To pardon Richard M. Nixon.It was an act from which Ford never recovered — and newly relevant as recent revelations about President Trump have renewed interest in the presidential pardon.

"Trump Is Considering Presidential Pardons. Ford Never Recovered From the One He Gave Nixon." is from the July 22, 2017 Retropolis section of The Washington Post. It was written by Kayla Epstein and narrated by Sam Scholl.