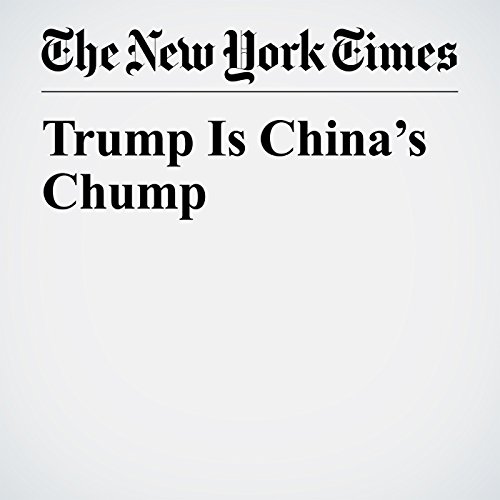 Having just traveled to New Zealand, Australia, South Korea, China, Taiwan and now Hong Kong, I can say without an ounce of exaggeration that more than a few Asia-Pacific business and political leaders have taken President Donald Trump’s measure and concluded that — far from being a savvy negotiator — he’s a sucker who’s shrinking U.S. influence in this region and helping make China great again.

"Trump Is China’s Chump" is from the June 27, 2017 Opinion section of The New York Times. It was written by Thomas L. Friedman and narrated by Kristi Burns.