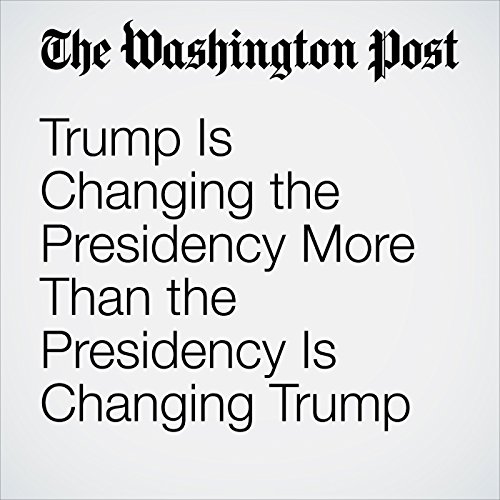 Despite all predictions — including his own — that the country would see a new, more “presidential” Trump once he took office, the commander in chief has barely changed from the impulsive candidate who blew up every political norm that stood between him and the White House.

"Trump Is Changing the Presidency More Than the Presidency Is Changing Trump" is from the February 09, 2017 Politics section of The Washington Post. It was written by Jenna Johnson and Karen Tumulty and narrated by Barbara Benjamin-Creel.