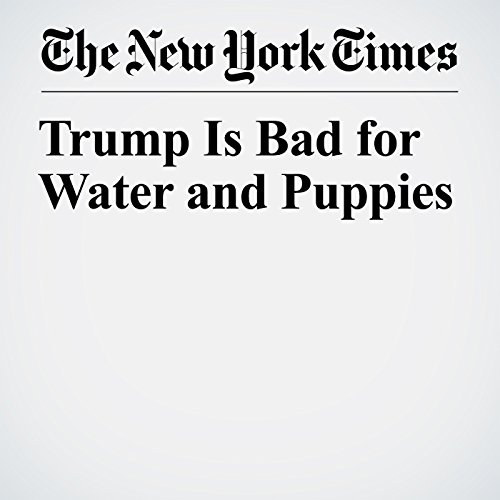 Maybe he keeps talking crazy to divert attention from the fact that hedoesn’t have anything else to report. In Washington, outside of theongoing disaster that is immigration policy, actual changes have beensparse. A lot of the departments don’t have new staffs yet — and somenever will if Trump keeps insisting on only hiring people who never saidanything negative about him during the campaign.

"Trump Is Bad for Water and Puppies" is from the February 23, 2017 Opinion section of The New York Times. It was written by Gail Collins and narrated by Kristi Burns.