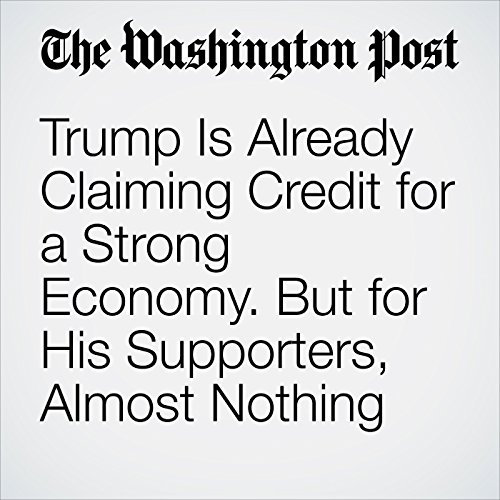 Wages continue to inch up, job growth remains on a steady upward track and those driven out of the work force during the Great Recession continue to slowly rejoin the ranks of the employed. And the people who Trump described as being left behind by the economy two months ago – that disconnected cohort of the white working class who buoyed the president into office – are still largely in the same position.

"Trump Is Already Claiming Credit for a Strong Economy. But for His Supporters, Almost Nothing Has Changed" is from the March 10, 2017 Politics section of The Washington Post. It was written by Ana Swanson and narrated by Sam Scholl.