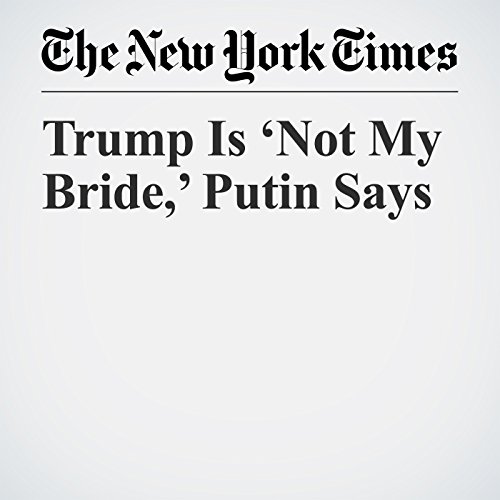 President Vladimir Putin seemed to be in top form during a news conference in China on Tuesday, answering a question about President Donald Trump by saying the U.S. leader is “not my bride, and I am not his groom.”

"Trump Is ‘Not My Bride,’ Putin Says" is from the September 05, 2017 World section of The New York Times. It was written by Oleg Matsnev and narrated by Keith Sellon-Wright.