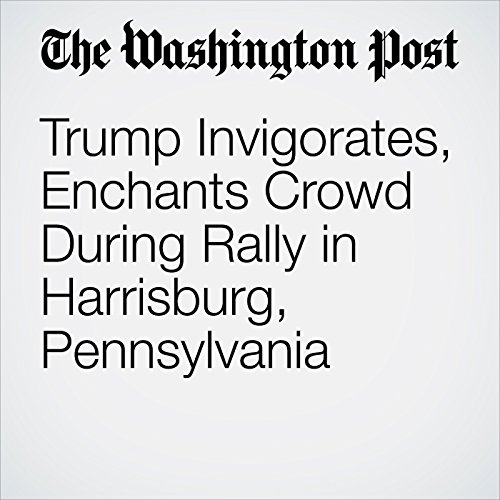 On the 100th day, the president had fun. He zipped up to the nearest Rust Belt state full of the forgotten men and women who put him into office. He bashed the bad guys of the media and Hollywood and the swamp he’d just left behind. He promised jobs and greatness.

"Trump Invigorates, Enchants Crowd During Rally in Harrisburg, Pennsylvania" is from the April 29, 2017 Politics section of The Washington Post. It was written by Marc Fisher and narrated by Sam Scholl.