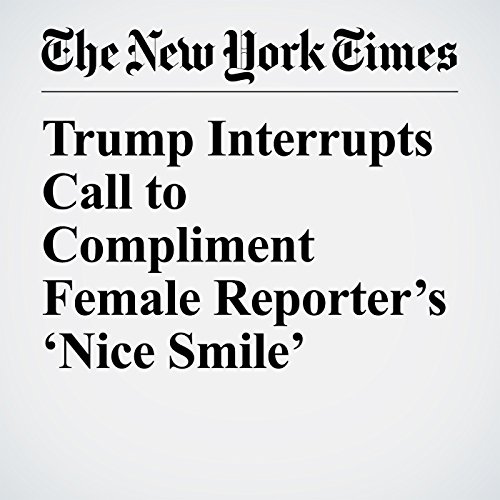 President Donald Trump was at his desk in the Oval Office and on the phone with the new prime minister of Ireland on Tuesday when a journalist for an Irish news organization caught his eye.

"Trump Interrupts Call to Compliment Female Reporter’s ‘Nice Smile’" is from the June 28, 2017 U.S. section of The New York Times. It was written by Christopher Mele and narrated by Kristi Burns.