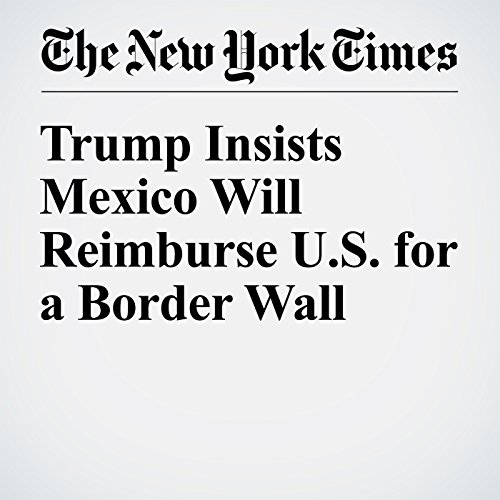 President-elect Donald Trump said in an interview Friday that financing a border wall with taxpayer money would allow the work to begin more quickly. But he insisted that Mexico will ultimately reimburse the United States for its construction.

"Trump Insists Mexico Will Reimburse U.S. for a Border Wall" is from the January 06, 2017 U.S. section of The New York Times. It was written by Michael D. Shear and narrated by Corey M. Snow.