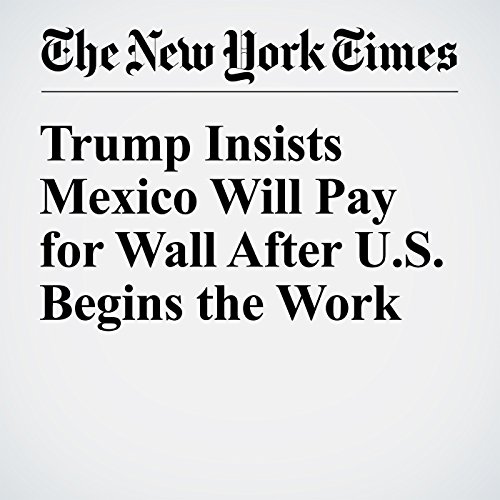 Trump Insists Mexico Will Pay for Wall After U.S. Begins the Work

In the interview, Trump vowed that Mexico would ultimately reimburse the United States. He said that payment would most likely emerge from his efforts to renegotiate the North American Free Trade Agreement with the Mexican government.

“It’s going to be part of everything,” Trump said of the cost of building the wall. “We are going to be making a much better deal. It’s a deal that never should have been signed.”

"Trump Insists Mexico Will Pay for Wall After U.S. Begins the Work" is from the January 07, 2017 U.S. section of The New York Times. It was written by Michael D. Shear and Emmarie Huetteman and narrated by Barbara Benjamin-Creel.