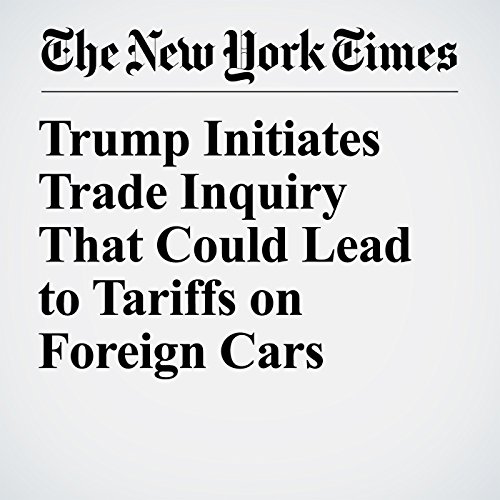 President Donald Trump has initiated a sweeping trade investigation into whether autos imported into the United States pose a threat to national security, a move that could ultimately result in tariffs on foreign-made cars and further strain relations with global allies.

"Trump Initiates Trade Inquiry That Could Lead to Tariffs on Foreign Cars" is from the May 23, 2018 Business section of The New York Times. It was written by Ana Swanson and narrated by Kristi Burns.