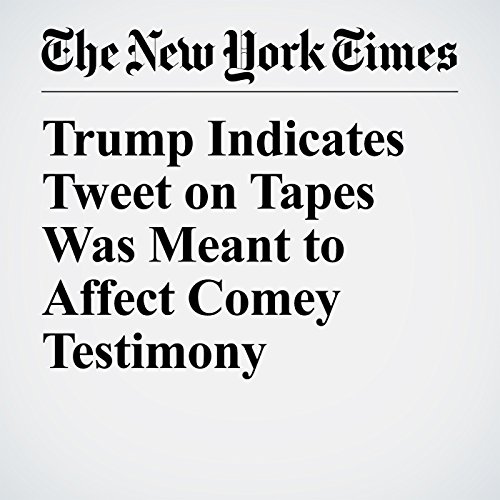 President Donald Trump appeared to acknowledge Friday in an interview that his tweet hinting of taped conversations with James Comey was intended to influence the fired FBI director’s testimony before Congress, and he emphasized that he committed “no obstruction” of the inquiries into whether his campaign colluded with Russia.

"Trump Indicates Tweet on Tapes Was Meant to Affect Comey Testimony" is from the June 23, 2017 U.S. section of The New York Times. It was written by Maggie Haberman and narrated by Keith Sellon-Wright.