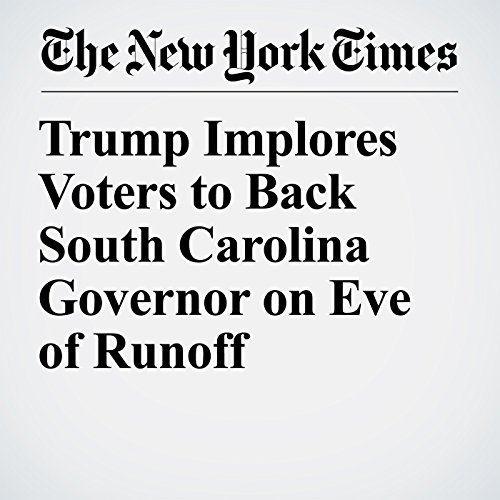 WEST COLUMBIA, S.C. — President Donald Trump pleaded Monday night with South Carolina Republicans to vote for Gov. Henry McMaster in a runoff election Tuesday, warning conservatives that if the governor lost, his failure would be pinned on the president they came to see.

"Trump Implores Voters to Back South Carolina Governor on Eve of Runoff" is from the June 25, 2018 U.S. section of The New York Times. It was written by Jonathan Martin and narrated by Kristi Burns.