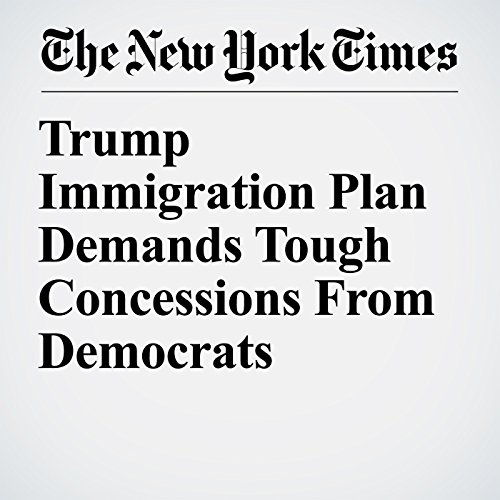 President Donald Trump proposed legislation on Thursday that would provide a path to citizenship for as many as 1.8 million young unauthorized immigrants in exchange for an end to decades of family-based migration policies, a costly border wall and a vast crackdown on other immigrants living in the country illegally.

"Trump Immigration Plan Demands Tough Concessions From Democrats" is from the January 25, 2018 U.S. section of The New York Times. It was written by Michael D. Shear and Sheryl Gay Stolberg and narrated by Mike DelGaudio.