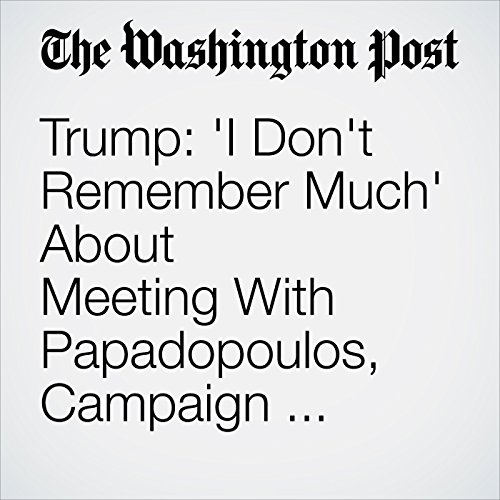 President Trump on Friday sought to diminish the importance of the campaign foreign policy meeting where former adviser George Papadopoulos tried to broker connections between Russians and the Trump campaign, with the president claiming that he did not remember what was said.

"Trump: 'I Don't Remember Much' About Meeting With Papadopoulos, Campaign Adviser Who Has Pleaded Guilty" is from the November 03, 2017 Politics section of The Washington Post. It was written by Philip Rucker and narrated by Jenny Hoops.