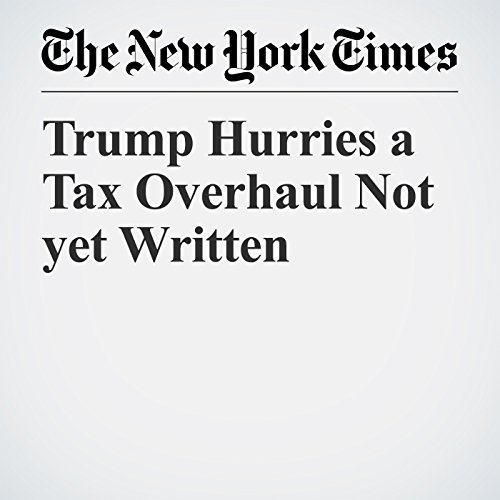 President Donald Trump is doubling down this week on his bid to remake the tax code, meeting with Democrats, tying tax legislation to hurricane recovery, and dispatching his economic team to Capitol Hill almost daily to prod lawmakers into action.

"Trump Hurries a Tax Overhaul Not yet Written" is from the September 14, 2017 U.S. section of The New York Times. It was written by Alan Rappeport and narrated by Keith Sellon-Wright.