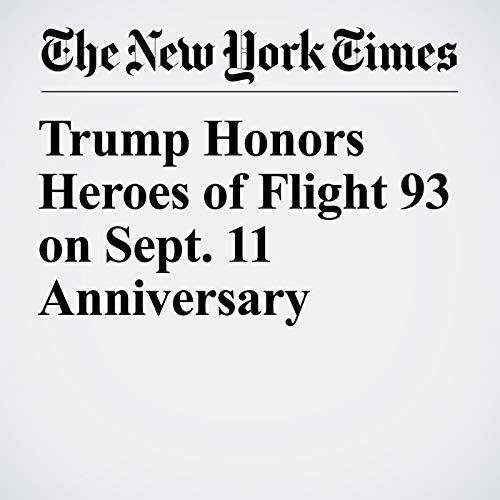 President Donald Trump paid tribute Tuesday to the airline passengers and crew members who stormed the cockpit of a hijacked plane and thwarted terrorists in the skies over Pennsylvania on Sept. 11, 2001, vowing to follow their example by standing up to evil in the world.

"Trump Honors Heroes of Flight 93 on Sept. 11 Anniversary" is from the September 11, 2018 U.S. section of The New York Times. It was written by Peter Baker and narrated by Keith Sellon-Wright.