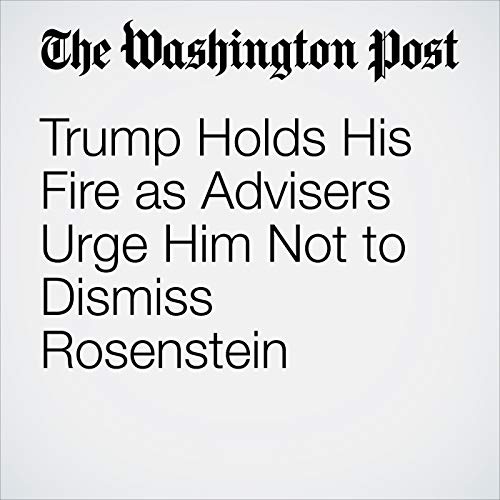 Advisers to President Trump are counseling him against firing Deputy Attorney General Rod J. Rosenstein over memos written by the former acting director of the FBI that say Rosenstein proposed secretly recording the president and pushed for his removal from office.

"Trump Holds His Fire as Advisers Urge Him Not to Dismiss Rosenstein" is from the September 22, 2018 National section of The Washington Post. It was written by Devlin Barrett ,Robert Costa andJosh Dawsey and narrated by Sam Scholl.