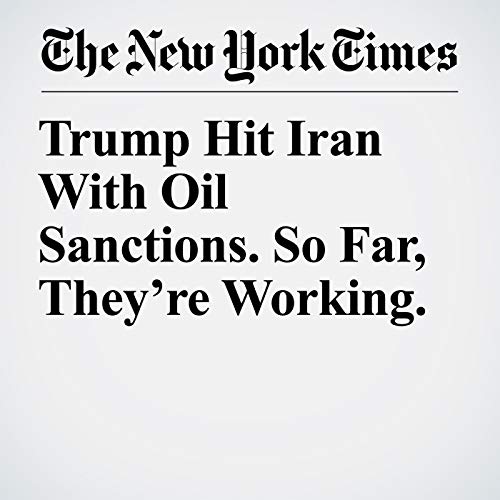 HOUSTON — When President Donald Trump announced in May that he was going to withdraw the United States from the nuclear agreement that the Obama administration and five other countries negotiated with Iran in 2015 and reimpose sanctions on the country, the decision was fraught with potential disaster.

"Trump Hit Iran With Oil Sanctions. So Far, They’re Working." is from the September 19, 2018 U.S. section of The New York Times. It was written by Clifford Krauss and narrated by Keith Sellon-Wright.