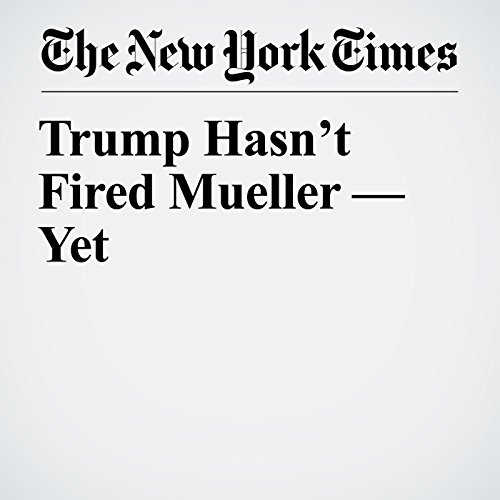 Reports that President Trump ordered the White House counsel, Donald F. McGahn II, to bring about the firing of the special counsel Robert Mueller last June are deeply troubling — not only as evidence of what the president has already done, but what he may yet do to obstruct justice and undermine the rule of law.

"Trump Hasn’t Fired Mueller — Yet" is from the January 29, 2018 Opinion section of The New York Times. It was written by Richard W. Painter and Norman L. Eisen and narrated by Kristi Burns.