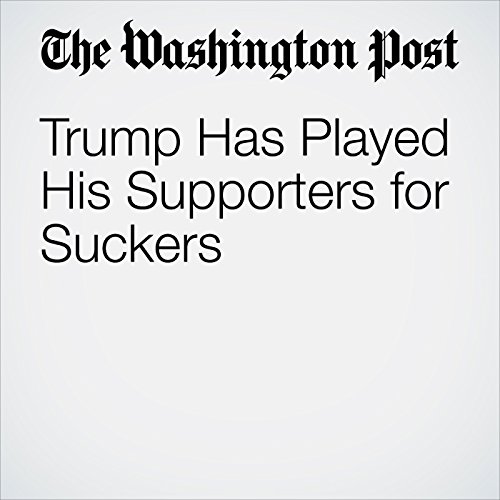 President Trump’s most urgent political problem doesn’t involve Robert S. Mueller III, Stormy Daniels, Vladimir Putin or the hundreds of thousands of voters who marched for gun control. Rather, it’s that his die-hard supporters might be starting to realize how thoroughly he has played them for suckers.

"Trump Has Played His Supporters for Suckers" is from the March 26, 2018 Opinion section of The Washington Post. It was written by Eugene Robinson and narrated by Sam Scholl.