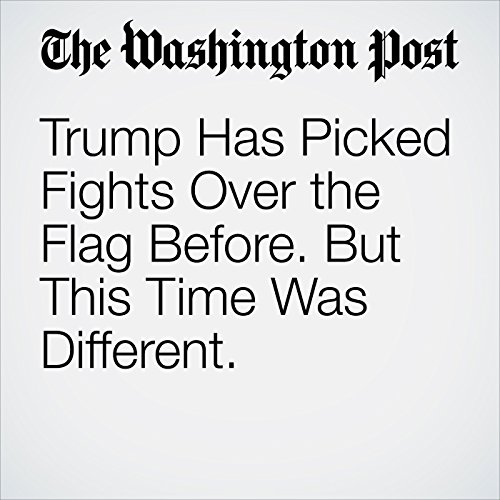 As a businessman, Donald Trump erected unauthorized flagpoles on his properties to embarrass local officials who were trying to uphold zoning ordinances. As a presidential candidate, he told the first football player who sat in protest during the national anthem to “find another country.” And as president-elect, he attempted unsuccessfully to revive the decades-old debate about the constitutionality of flag burning, after a single incident at a small college in Massachusetts.

"Trump Has Picked Fights Over the Flag Before. But This Time Was Different." is from the September 25, 2017 Politics section of The Washington Post. It was written by Michael Scherer and narrated by Sam Scholl.

Cosa pensano gli ascoltatori di Trump Has Picked Fights Over the Flag Before. But This Time Was Different.