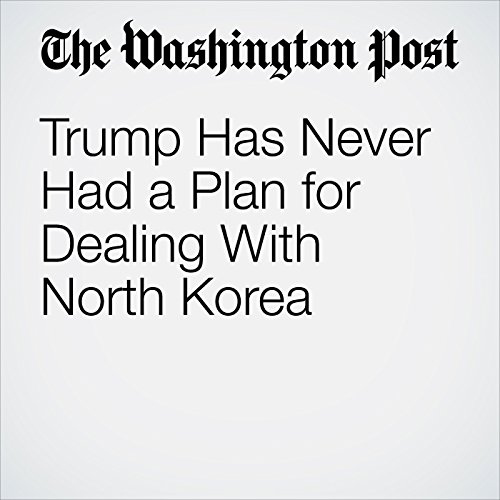 We forget sometimes that President Trump’s political rhetoric was forged not over years of policymaking or in discussions with experts on foreign policy and domestic issues, but in weekly phone interviews with “Fox and Friends.” Before he declared his candidacy, the real estate developer and TV personality would appear on the program every Monday morning, weighing in on the issues of the day as the hosts offered their now-familiar lack of criticism of his musings.

"Trump Has Never Had a Plan for Dealing With North Korea" is from the July 05, 2017 National section of The Washington Post. It was written by Philip Bump and narrated by Sam Scholl.