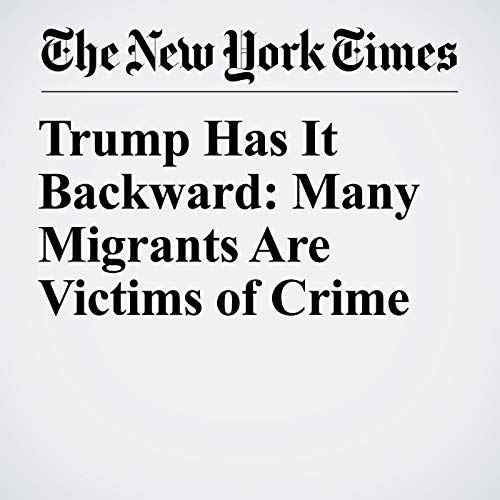 Ramped-up enforcement by the United States and Mexico has pushed migrants onto more invisible, risky paths and put them at greater danger.

"Trump Has It Backward: Many Migrants Are Victims of Crime " is from the September 18, 2018 Opinion section of The New York Times. It was written by Stephanie Leutert and narrated by Keith Sellon-Wright.

Cosa pensano gli ascoltatori di Trump Has It Backward: Many Migrants Are Victims of Crime