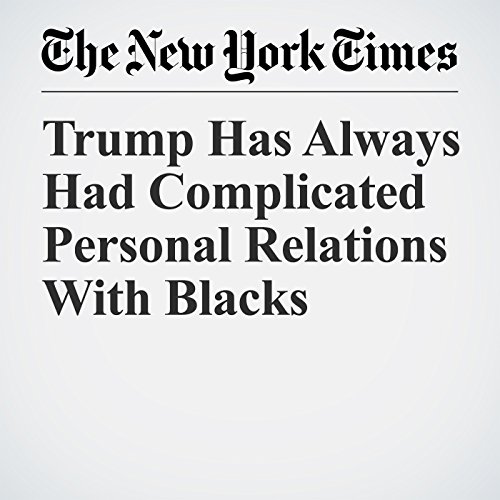 Kara Young, a biracial model who dated Donald Trump for two years before he married another model named Melania Knauss, remembers clearly bringing up her race with the real estate tycoon early in their relationship. As with so many issues, he steered the conversation to celebrity.

"Trump Has Always Had Complicated Personal Relations With Blacks" is from the August 17, 2017 U.S. section of The New York Times. It was written by Yamiche Alcindor and Maggie Haberman and narrated by Barbara Benjamin-Creel.