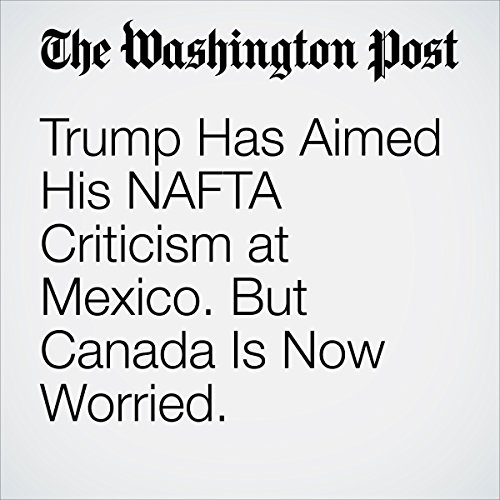 After Friday’s inauguration of Donald Trump as U.S. president, the Canadian prime minister will be entering uncharted territory with Canada’s most important economic, defense and political partner. Gone will be his brief, 15-month “bromance” with Barack Obama, in which the two like-minded leaders bonded over issues such as free trade, climate change and human rights.

"Trump Has Aimed His NAFTA Criticism at Mexico. But Canada Is Now Worried." is from the January 19, 2017 World section of The Washington Post. It was written by Alan Freeman and narrated by Jenny Hoops.