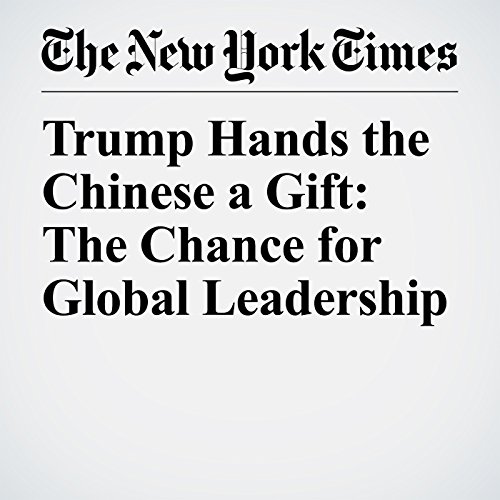 President Donald Trump has managed to turn America First into America Isolated.In pulling out of the Paris climate accord, Trump has created a vacuum of global leadership that presents ripe opportunities to allies and adversaries alike to reorder the world’s power structure. His decision is perhaps the greatest strategic gift to the Chinese, who are eager to fill the void that Washington is leaving around the world on everything from setting the rules of trade and environmental standards to financing the infrastructure projects that give Beijing vast influence.

"Trump Hands the Chinese a Gift: The Chance for Global Leadership" is from the June 01, 2017 World section of The New York Times. It was written by David E. Sanger and Jane Perlez and narrated by Mike DelGaudio.