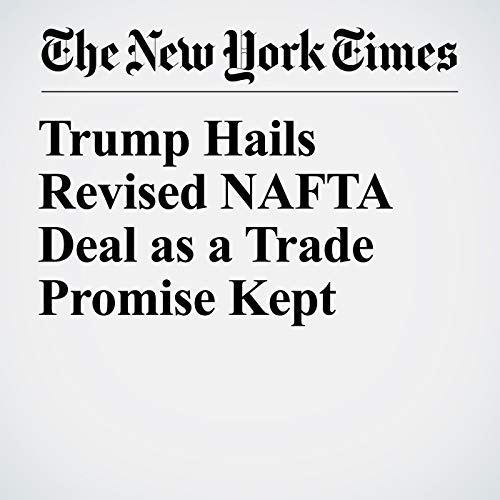 President Donald Trump hailed a revised trade pact with Canada and Mexico as a victory for the United States on Monday, promoting the agreement as a campaign promise kept and evidence that his get-tough approach to trade was working.

"Trump Hails Revised NAFTA Deal as a Trade Promise Kept" is from the October 01, 2018 U.S. section of The New York Times. It was written by Alan Rappeport and narrated by Keith Sellon-Wright.