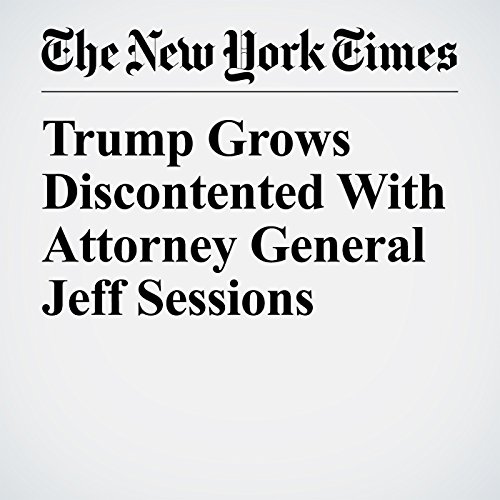 Few Republicans were quicker to embrace President Donald Trump’s campaign last year than Jeff Sessions, and his reward was one of the most prestigious jobs in America. But more than four months into his presidency, Trump has grown sour on Sessions, now his attorney general, blaming him for various troubles that have plagued the White House.

"Trump Grows Discontented With Attorney General Jeff Sessions" is from the June 05, 2017 U.S. section of The New York Times. It was written by Peter Baker and Maggie Haberman and narrated by Keith Sellon-Wright.