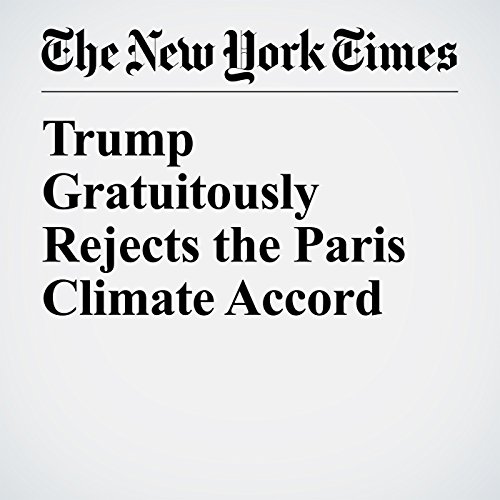 As Donald Trump does his best to destroy the world’s hopes of reining in climate change, let’s be clear about one thing: This has nothing to do with serving America’s national interest. The U.S. economy, in particular, would do just fine under the Paris accord. This isn’t about nationalism; mainly, it’s about sheer spite.

"Trump Gratuitously Rejects the Paris Climate Accord" is from the June 01, 2017 Opinion section of The New York Times. It was written by Paul Krugman and narrated by Kristi Burns.