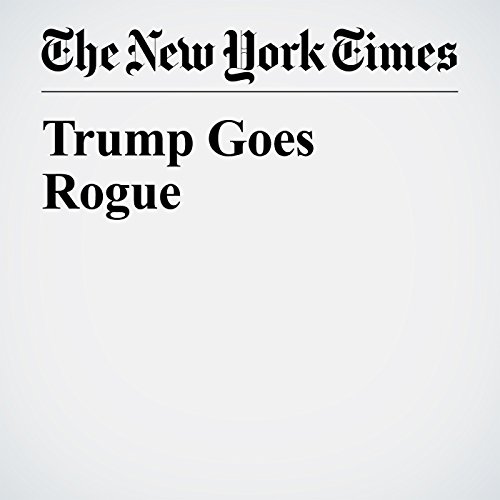 In Donald Trump’s White House, Reince Priebus and Sean Spicer were more than chief of staff and press secretary. They were the president’s connection to the Washington establishment: the donors, flacks and apparatchiks of both parties whose influence over politics and the economy many Trump supporters wish to upend.

"Trump Goes Rogue" is from the July 30, 2017 Opinion section of The New York Times. It was written by Matthew Continetti and narrated by Barbara Benjamin-Creel.