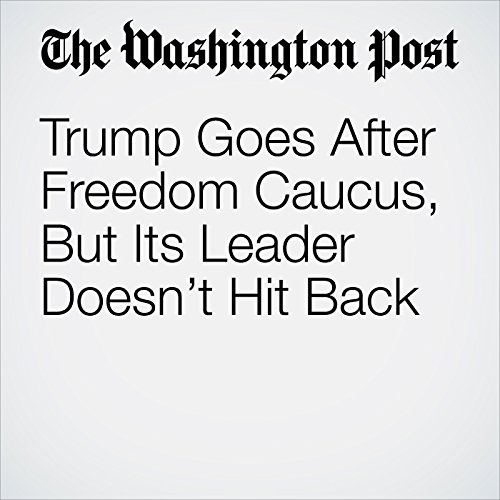 President Trump on Sunday accused a pair of conservative organizations and a group of hard-right House lawmakers of being at least partially responsible for the collapse of the Republican effort to overhaul the nation’s health-care law.

"Trump Goes After Freedom Caucus, But Its Leader Doesn’t Hit Back" is from the March 26, 2017 Politics section of The Washington Post. It was written by Sean Sullivan and narrated by Sam Scholl.