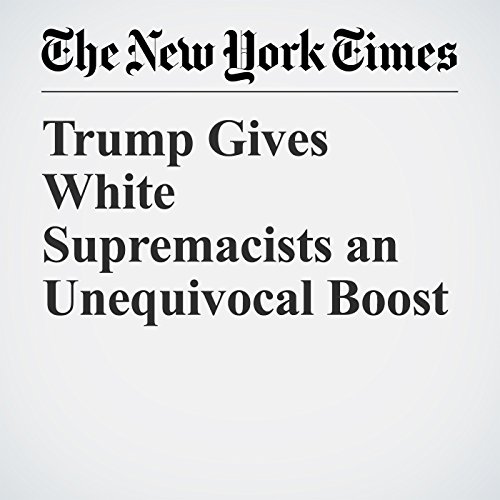 President Donald Trump buoyed the white nationalist movement on Tuesday as no president has done in generations — equating activists protesting racism with the neo-Nazis and white supremacists who rampaged in Charlottesville, Virginia, over the weekend.

"Trump Gives White Supremacists an Unequivocal Boost" is from the August 16, 2017 U.S. section of The New York Times. It was written by Glenn Thrush and Maggie Haberman and narrated by Kristi Burns.