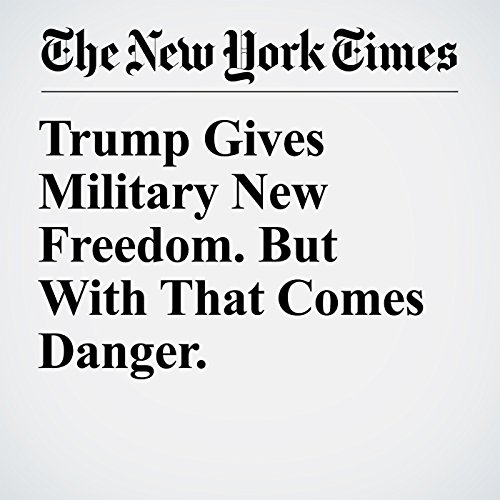 Trump Gives Military New Freedom. But With That Comes Danger.

President Donald Trump has let the military know that the buck stops with them, not him. The Pentagon, after eight years of chafing at what many generals viewed as micromanaging from the Obama White House, is so far embracing its new freedom.

"Trump Gives Military New Freedom. But With That Comes Danger." is from the April 05, 2017 U.S. section of The New York Times. It was written by Helene Cooper and narrated by Fleet Cooper.