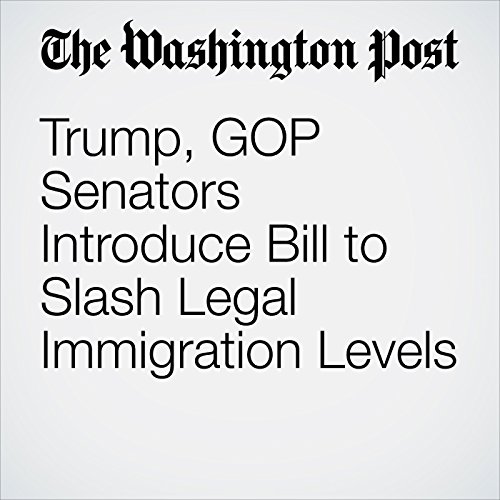 President Trump on Wednesday endorsed a new bill in the Senate aimed at slashing legal immigration levels in half over a decade, a potentially profound change to policies that have been in place for more than half a century.

"Trump, GOP Senators Introduce Bill to Slash Legal Immigration Levels" is from the August 03, 2017 Post Politics section of The Washington Post. It was written by David Nakamura and narrated by Sam Scholl.