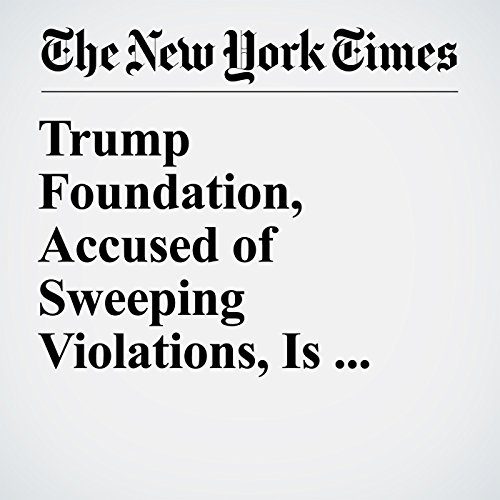 "Trump Foundation, Accused of Sweeping Violations, Is Sued by New York Attorney General" is from the June 14, 2018 U.S. section of The New York Times. It was written by Danny Hakim and narrated by Fleet Cooper.