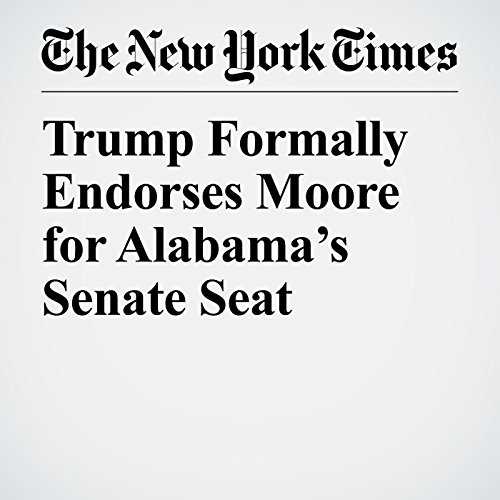 President Donald Trump on Monday offered a strong endorsement of Roy Moore, the Republican Senate candidate in Alabama embroiled in accusations that he had inappropriate sexual relations with underage girls.

"Trump Formally Endorses Moore for Alabama’s Senate Seat" is from the December 04, 2017 U.S. section of The New York Times. It was written by Eileen Sullivan and narrated by Keith Sellon-Wright.