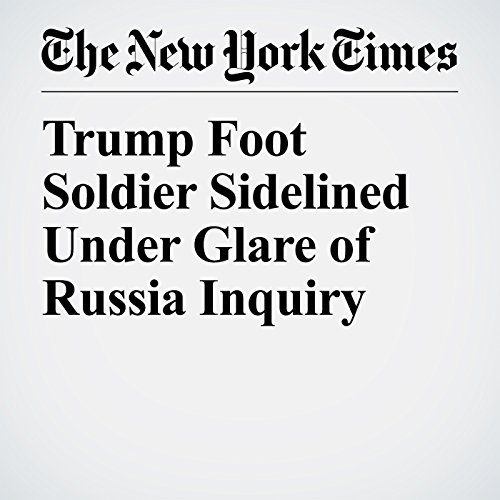 Just over a decade ago, Donald Trump was locked in conflict with a group of apartment owners who had taken control of the condominium board at his new glass tower across from the United Nations. Faced with accusations of financial impropriety and an affront to his authority, Trump turned to Michael D. Cohen, a former personal injury lawyer who helped run a taxi fleet.

"Trump Foot Soldier Sidelined Under Glare of Russia Inquiry" is from the July 02, 2017 U.S. section of The New York Times. It was written by Michael Schwirtz, William K. Rashbaum and Danny Hakim and narrated by Kristi Burns.