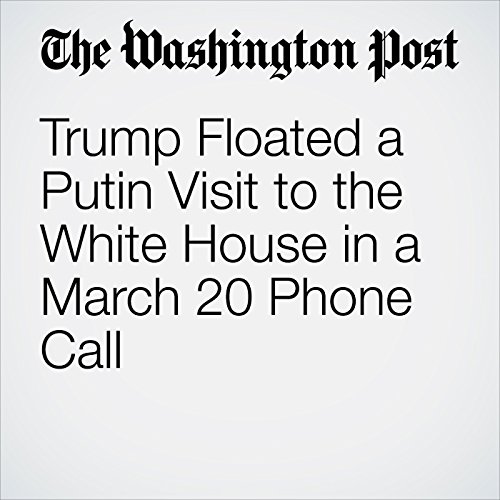 MOSCOW — President Trump proposed meeting Vladimir Putin at the White House in a March phone call, the Kremlin said Monday, a fresh revelation about a conversation that stirred controversy over Trump’s friendly tone toward the Russian leader amid mounting tensions with the West.

"Trump Floated a Putin Visit to the White House in a March 20 Phone Call" is from the April 02, 2018 Politics section of The Washington Post. It was written by Anton Troianovski and narrated by Sam Scholl.