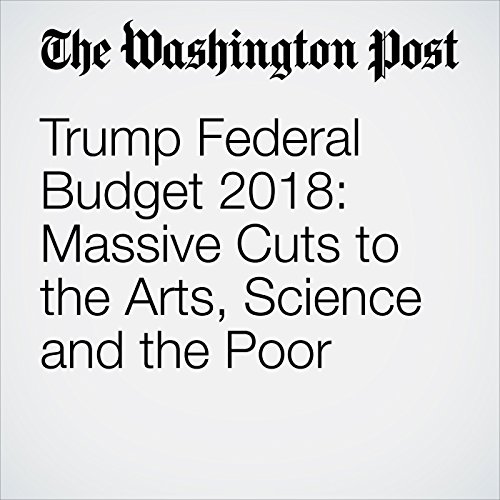 Trump’s first budget proposal, which he named “America First: A Budget Blueprint to Make America Great Again,” would increase defense spending by $54 billion and then offset that by stripping money from more than 18 other agencies.

"Trump Federal Budget 2018: Massive Cuts to the Arts, Science and the Poor" is from the March 16, 2017 Politics section of The Washington Post. It was written by Damian Paletta and Steven Mufson and narrated by Jenny Hoops.