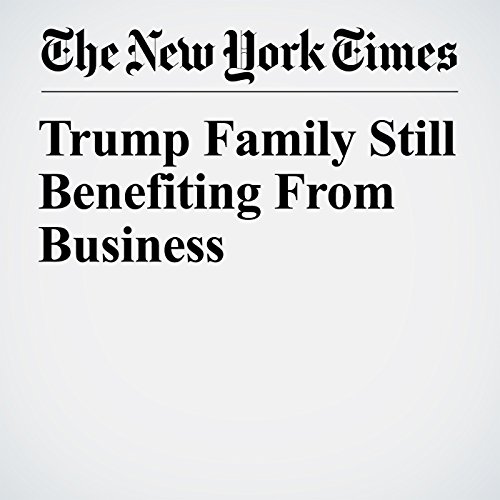 Ivanka Trump and Jared Kushner, President Donald Trump’s daughter and son-in-law, will remain the beneficiaries of a sprawling real estate and investment business still worth as much as $740 million, despite their new government responsibilities, according to ethics filings released by the White House Friday night.

"Trump Family Still Benefiting From Business" is from the April 01, 2017 U.S. section of The New York Times. It was written by Jesse Drucker, Eric Lipton and Maggie Haberman and narrated by Keith Sellon-Wright.