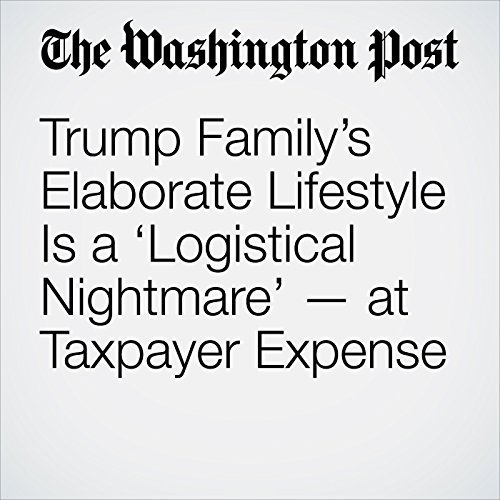 Barely a month into the Trump presidency, the unusually elaborate lifestyle of America’s new first family is straining the Secret Service and security officials, stirring financial and logistical concerns in several local communities, and costing far beyond what has been typical for past presidents — a price tag that, based on past assessments of presidential travel and security costs, could balloon into the hundreds of millions of dollars over the course of a four-year term.

"Trump Family’s Elaborate Lifestyle Is a ‘Logistical Nightmare’ — at Taxpayer Expense" is from the February 16, 2017 Politics section of The Washington Post. It was written by Drew Harwell, Amy Brittain and Jonathan O'Connell and narrated by Jenny Hoops.