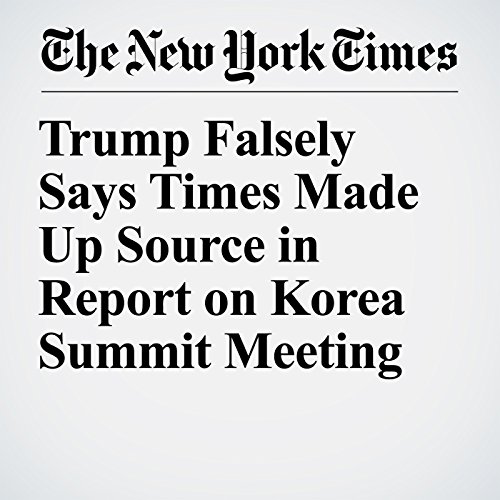 President Donald Trump falsely accused The New York Times on Saturday of making up a source in an article about North Korea, even though the source was in fact a senior White House official speaking to a large group of reporters in the White House briefing room.

"Trump Falsely Says Times Made Up Source in Report on Korea Summit Meeting" is from the May 26, 2018 U.S. section of The New York Times. It was written by Michael D. Shear and narrated by Keith Sellon-Wright.