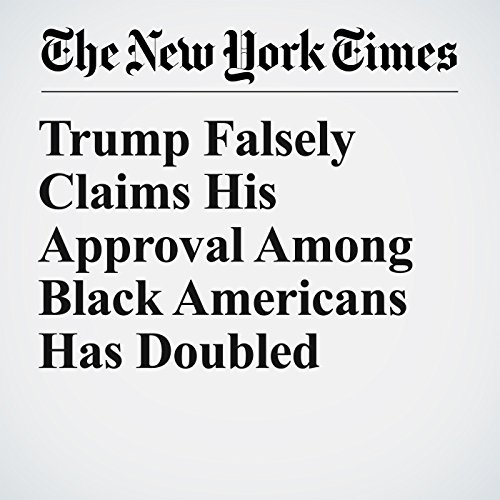 Trump Falsely Claims His Approval Among Black Americans Has Doubled

Even as he is embroiled in an immigration policy debate that has focused on whether he used vulgar language to describe Haiti and African countries, President Donald Trump is claiming that he is delivering for black Americans — and that they are repaying him with their support.

"Trump Falsely Claims His Approval Among Black Americans Has Doubled" is from the January 17, 2018 U.S. section of The New York Times. It was written by Linda Qiu and narrated by Keith Sellon-Wright.